Stake Land is a 2010 post-apocalyptic road movie set to the tune of vampirism. The film was conceived by apparent dynamic duo director Jim Mickle (Cold in July, We Are What We Are) and star Nick Damici (Late Phases) who both came together to pen the script. Connor Paolo (Mystic River), Kelly McGillis (Top Gun), and Danielle Harris (Halloween 4: The Return of Michael Myers) round out the rest of the cast. Martin (Paolo) finds himself in the care of Mister (Damici) after his family is brutally murdered before his eyes. Mister teaches Martin (possibly named after the George A. Romero movie, also about BLOODSUCKERS in Pennsylvania?) the ways of vampire hunting as they head north to the promised land of New Eden, encountering strangers along the way. 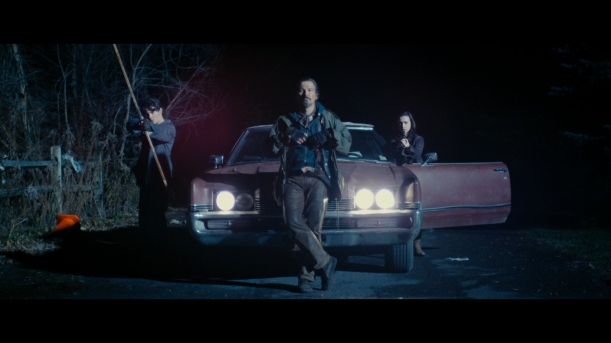 Stake Land is best described as a combination of John Hillcoat’s The Road and 28 Days Later, with some non-humorous Zombieland mixed in for good measure. The film is BLEAK, unforgiving and takes itself 100% seriously. So many truly terrible things happen to every single character, enough to make the viewer want to reach through the screen to help the poor people out. But even though the heaps of shit these characters tread across are many, there are still little glimmers of hope sprinkled throughout.

Stake Land does an amazing job of creating extremely meaningful scenes full of feeling to get the message across, the most powerful ones containing no dialogue at all. Most of the action has a respectable amount of choreography and well-balanced GORE. I didn’t care much for the “main villain” but he isn’t in a majority of the movie anyway. The open-ended finale left me somewhat sour, but with a sequel (lovingly titled The Stakelander) to be released on HALLOWEEN, I look forward to rejoining some of the original cast on their new adventure. 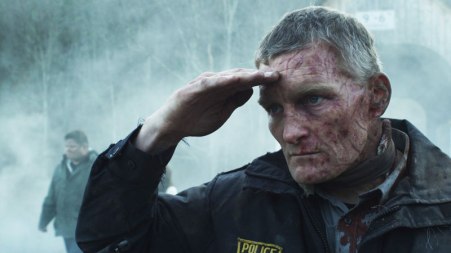 4 dour Danielle debacles out of 5

One thought on “STAKE LAND”