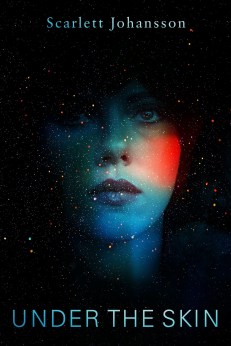 Under the Skin was released in 2014 to critic’s (and anyone looking for nudes of Scarlett Johansson) delight. I knew this movie was going to be in the arthouse category, but I didn’t think it would be drenched this heavily in pretension or bare of dialogue. Johansson plays an alien fresh off the ship and ready to steal some SKIN. She and her motorcycle riding colleague travel the Scottish countryside looking to lure unsuspecting humans into their skin-pilfering plot. 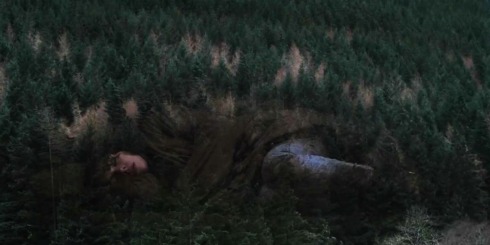 The film shoots itself in the foot from the get-go. It attempts to explore an emotionless otherworldly creature but focuses too much on its cold, sterile demeanor and not enough on its mischievous, conniving side. It takes fifteen minutes to get to the first exchange of words and conversation is scant from there on out. At various points in the film the entirety of sound is reduced to a single dull hum or even complete silence, presumably to encourage the viewer to be enthralled by the visuals. The problem is that the alien’s activities of choice involve sitting, staring, and driving making for a dull exercise in observing the mundane. The only upside from an ocular standpoint is the beautiful shots of misty Scotland scenery (and the nudes of Scarlett Johansson). 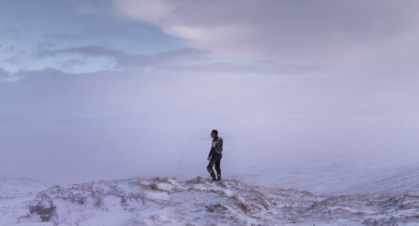 My main problem with these types of artsy movies is the expectation thrust on the viewer to create their own entertainment. Under the Skin, and a lot of films like it, seem to put forth just enough material to be considered a movie but intentionally leave out the most enjoyable things of watching a movie in an effort to force the viewer to fill in the blanks however they like. It’s like the filmmaker hopes you find and attach yourself to a random detail so that they can pick up on it and use it to become a self-proclaimed “genius” while what they are really doing is taking the easy way out. Not all films achieve this level of scum but I’m afraid Under the Skin does. The few things I did like about it are based on the technology of the aliens. I enjoyed the intro of the alien “fitting” into its new skin, learning the English language in the process. The humans all have a thick Scottish accent PRESSURING me to almost watch this with subtitles on, but I can’t fault the film for featuring an alien dialect (see what I did there?). I was also captivated by the process of human-to-alien skin transference through a sort of pitch black pocket dimension (clearly referenced in new sci-fi series and household name Stranger Things). I just wish they revealed more alien tricks or gadgets instead of putting me to sleep with the alien’s uninteresting antics. My favorite scene is probably when the alien corners a target at the beach but is sidetracked by an unsuspected TRAGEDY.

There is not a lot of action to be found in Under the Skin, only blank stares, lackluster writing and pretty pictures. Yet another movie with a great concept but terrible execution leaving me with a foul taste in my mouth. Unless you are having trouble getting to bed or find it challenging to be tempted to turn on closed captions (or are desperately looking for those ScarJo nudes) then I would not recommend Under the Skin.

2 nude Scarlett Johanssons out of 5