I remember not having much interest when Blade: Trinity hit theaters back in 2004. I didn’t know or care who his new sidekicks were (or the actors that played them for that matter, Jessica Biel and Ryan Reynolds). I wasn’t a giant fan of the source material. I have nothing against Blade, I just haven’t read much of his comic book stuff, so I was never compelled to see it. I don’t even have a clear memory of the events in the first two films, save one iconic bloody rave scene. Now, 16 years later, I have finally gotten around to finishing out the trilogy. 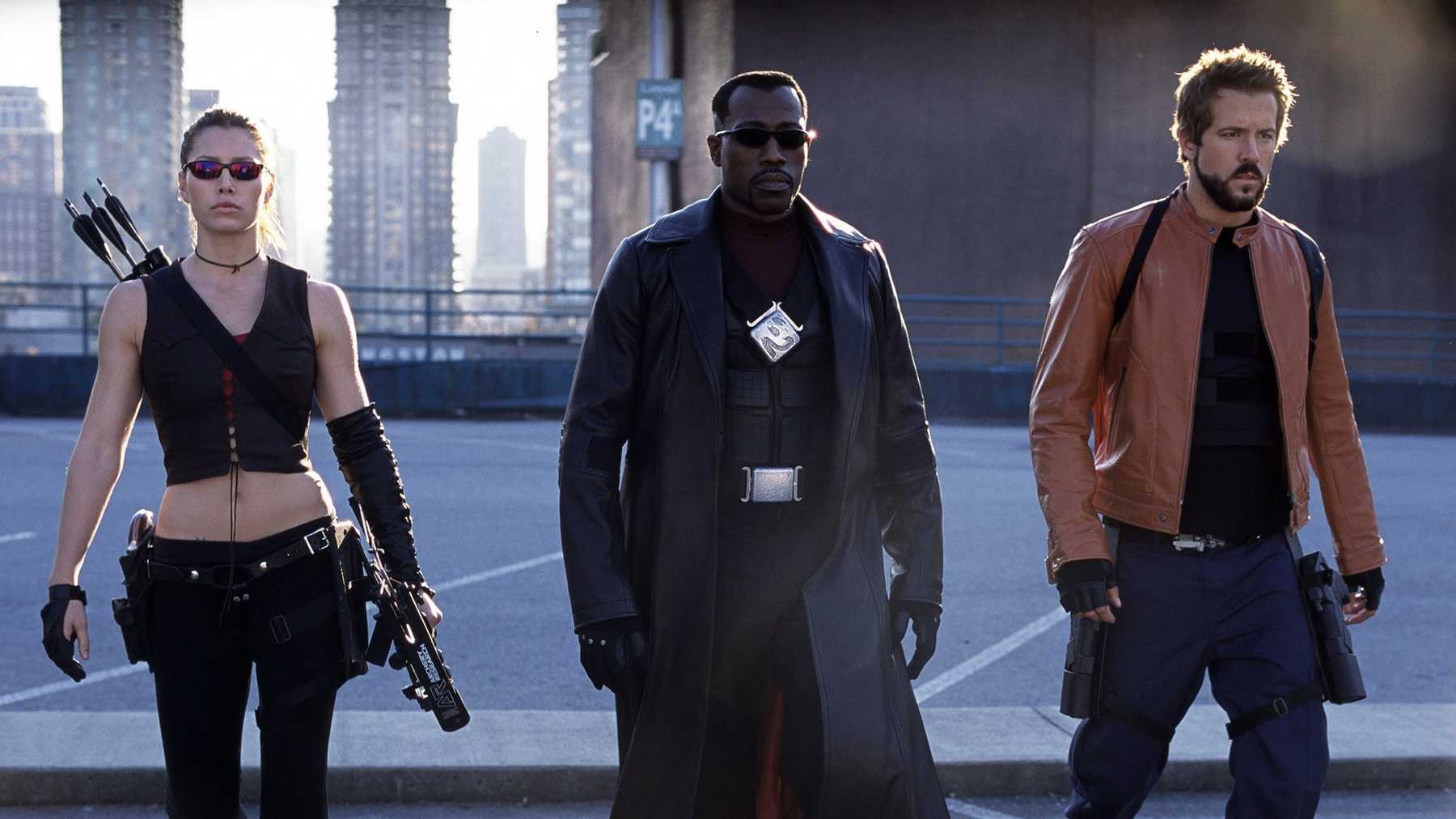 It’s not like Blade: Trinity is utter trash, but it is a verifiably skippable bookend fizzler. I was just hoping it wouldn’t be as lifeless as a freshly squeezed corpse. There’s some okay fighting but it seems to decrescendo as the film goes on, which is the opposite of what you want with an action flick. It was nice to see the titular daywalker kick some ass again, but Wesley Snipes (Demolition Man) looked like he didn’t want to be there in most instances, and that’s not just The Manster reading too far into it.

There were apparently many a fiasco on set, all stemming from Snipes’ poor feelings about longtime series writer (and newbie director) David S. Goyer (The Dark Knight, The Unborn) and his implementation of his script. Reports of physical altercations, massively childish cold shoulders, and literal reverse racism haunt what must have been a delightful production to be involved in. 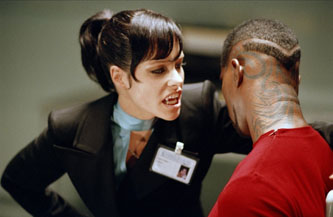 Truth be told, all of that malaise still doesn’t completely drag Blade: Trinity down. A lot of the grand themes are repeated from the first two successful films, but that is really another part of the big problem. Blade 3 is just too “samey”. It doesn’t help that the grand villain, Dracula himself, is performed by one of the most uncharismatic actors I’ve ever seen. His “ancient” form did look cool though.

A criminal underuse of James Remar (The Warriors, Dexter) as the FBI guy was another misstep. Hell, why couldn’t they have made him Dracula? Although they did need someone on the cops side. They should have also shown more of the “public becoming aware that vampires are real things” angle because that was a more interesting plot than whatever the fuck Big Daddy D’s takeover plan was. Leave that shit to What We Do in the Shadows.

Well, the soundtrack is pretty similar…

We now move on from Ryan Reynolds bat/man infested urban jungle to his spouse Blake Lively (Gossip Girl, The Town) in shark-infested waters. Plunging in, I was lukewarm, but soon heated up once the sea started spilling its bubbling story. I have better memories of The Shallows than I do of the similarly timed and themed 47 Meters Down. The solitary isolation of Lively makes for a scarier film. The cast away vibe, the pet seagull, the final attempt to attack the attacker all keep The Shallows‘ head above water in a genre whose ocean is as clogged with as many shitty releases as the Floridian beaches during Spring Break. 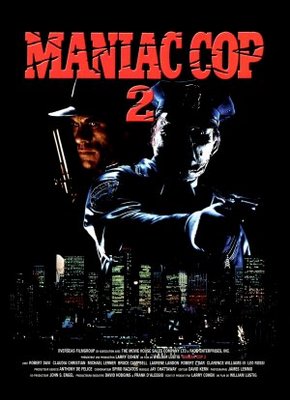 Maniac Cop 2 starts off quickly with a knock for using even less of Bruce Campbell than they did in the first one. A lesser cast all around, actually, other than Robert Z’Dar and his chin reprising their respective roles. This sleazy sequel has a couple good kills here and there, but the Henry: Portrait of a Serial Killer sidekick bogs down what should be a one-man show. The bargain bin Brolin detective main character does no favors either. Looks like Mr. Psycho Law Enforcement Man won’t quite reach the pantheon of great slasher killers and eliminating the Granpappy of Camp makes me wanna yack at the thought of watching any more of these.

3 bloody blue bloods out of 5