What would you do to find the perfect place to live while trying to break into the Hollywood fashion industry? Lie about pets? Take care of the elderly? What if I told you in order for your rental application to be accepted, you had to watch 1BR from start to finish every day for the next month? Oh, the HORROR!!!

The newest Netflix dump thriller is 1BR, about a runaway costume designer wannabe who rushes in head first at the opportunity to live in a clean apartment complex near where all the action is.  I, however, did not rush head first into watching this movie. The trailer pointed towards skipland, but something in the back of my mind told me it might be good so I gave it a chance with tempered expectations.

This teen oriented flick doesn’t suck too hard but it certainly has a lot of flaws. The most glaring was how easily it can be compared to a superior film, The Invitation. The score and the way some scenes were filmed conjure the aura of soap operas and the acting was equally unimpressive. What usually piques my interest with movies like 1BR is the mystery of what lies behind the thinly veiled paradise. In this case, it is a run of the mill Scientology-esque cult with no surprises. The villains don’t even do anything too crazy to give 1BR its own identity. They are hardly menacing and have milquetoast backstories. After watching, all I wanted to do was rewatch The Invitation. The better take on evil Hollywood societies has way better action, cult recruiters that are more slick and have individual personality, and quality performances all around from non-Z-listers. 1BR even lifted The Invitation‘s ending but wasn’t smart enough to get it to work. 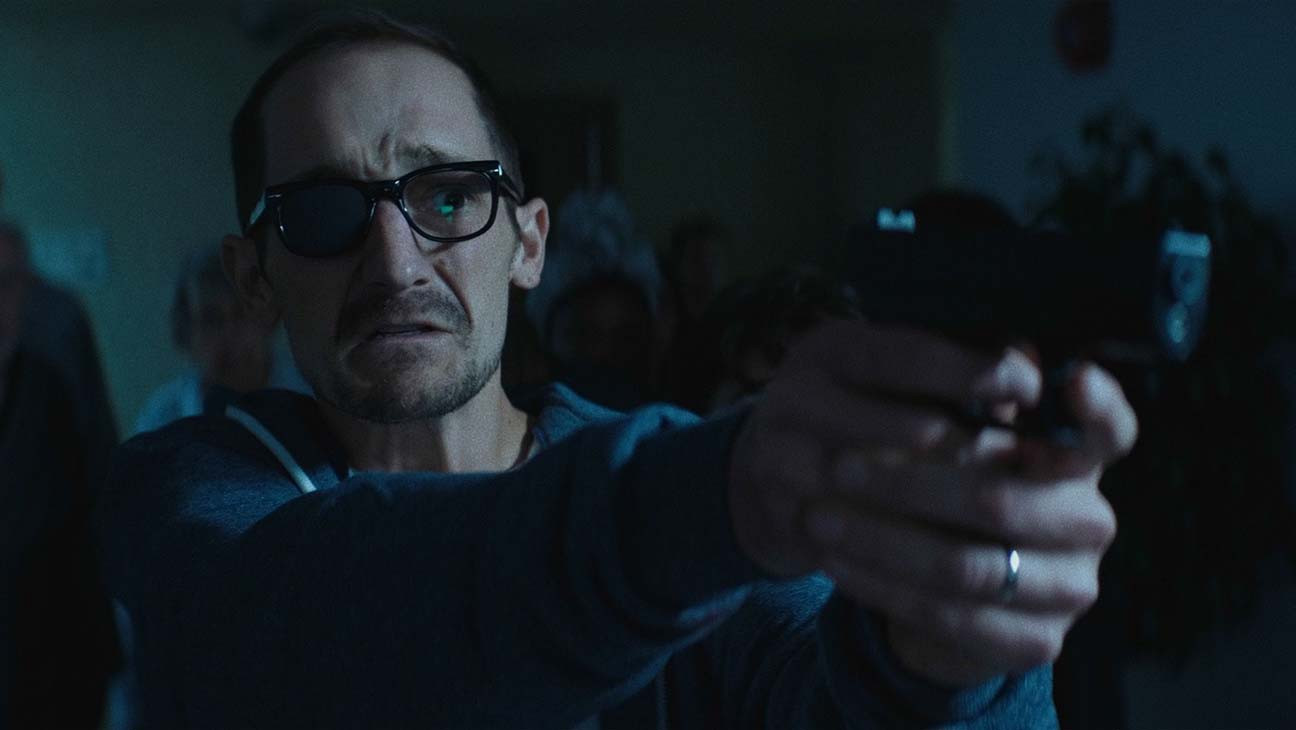 I wanted to see more of the blinded guy, whether it being a freak out or a something more wholesome. That actor was the only one doing his job right. Also, I would have liked the main girl to go on the warpath at the end. Instead, she kind of just tries to runaway, but if she would have went ballistic and shown some true chops it would have saved the film. 1BR is not a complete shitshow, but enough of a dookie to not rectumend to most audiences. Can you guess what I would recommend? Hint: It’s not The Restraining Order. 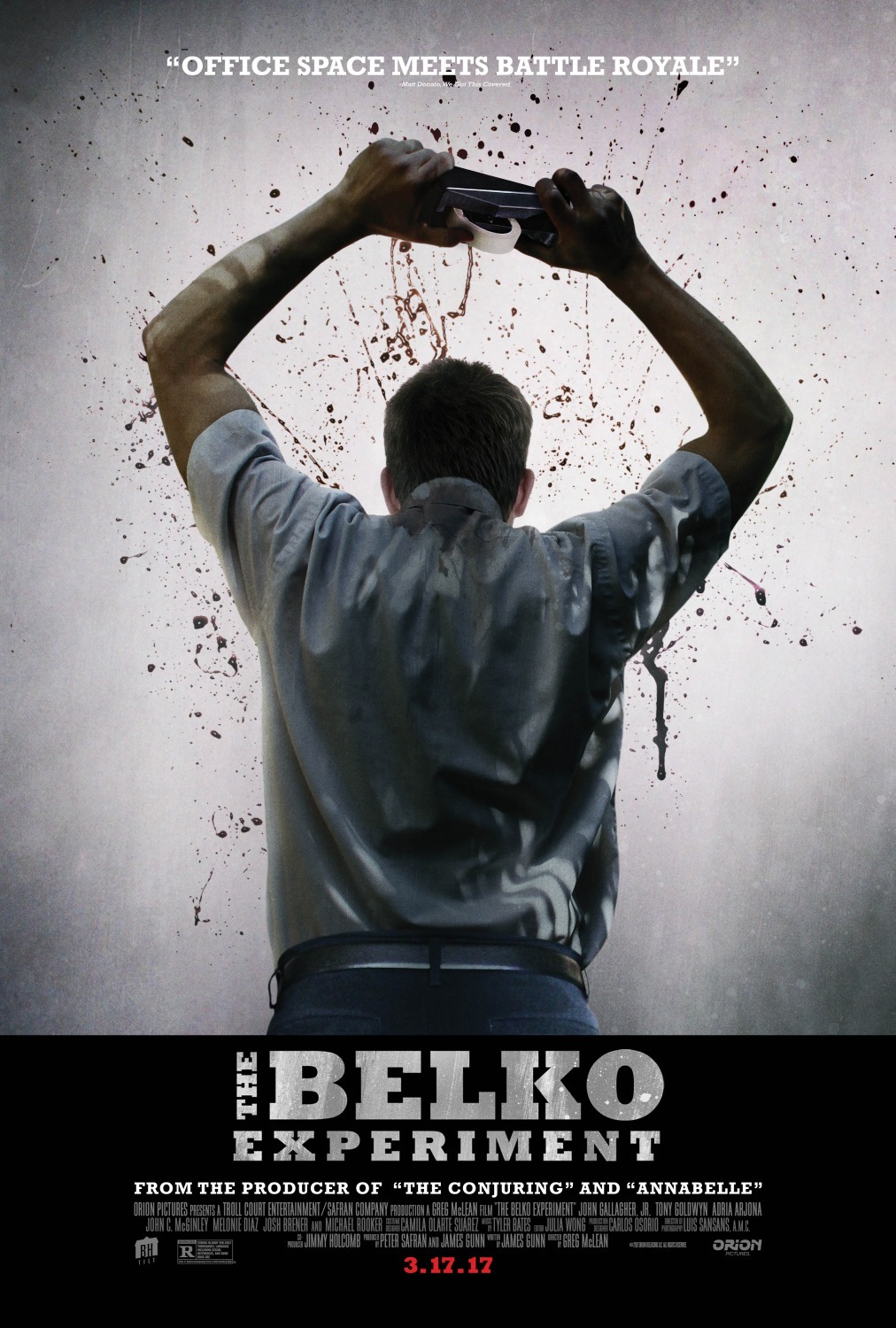 The Belko Experiment aims to deliver the catharsis of what every person stuck in a dead end job is begging for: to beat the living shit out of their coworkers with no repercussions. I guess the stars have aligned, because this is another case of a similar recent movie being the greater overall experience. Folks not paying attention might confuse Belko with the other workplace murder party movie Mayhem (Steven Yeun, Samara Weaving).

Belko might have had the more well-known cast, with John Gallagher Jr. (10 Cloverfield Lane, Hush), John C. McGinley (Scrubs, Stan Against Evil), and Melonie Diaz (Fruitvale Station, Lords of Dogtown). It may have also had the better writer in James Gunn (Guardians of the Galaxy, Dawn of the Dead). But it just have enough meat on its bones when compared to the unadulterated violence and fun the on-screen chemistry Yeun and Weaving provide with Mayhem. Watch them both as a double feature for maximum corporate carnage.

3 keyboard finishers out of 5

You might not be aware, but Vin Diesel (The Fast and the Furious, The Chronicles of Riddick) has “come out” as being wayyy into role-playing/tabletop games such as Dungeons & Dragons. Looking back at his filmography, his preference of roles are no doubt tied to his brand of nerdiness. His involvement in The Last Witch Hunter is no different. It seems like a story he came up with one night in his basement with a bunch of best buds. Adding neckbeard icon Elijah Wood (AKA Frodo) into the mix further solidifies this theory. The film tries to be a fresh take on Van Helsing while running on Underworld fumes. It wasn’t fully realized and that’s unfortunate because it was only one stylish coat of paint and two ounces of compelling drama away from achieving grander worthiness. 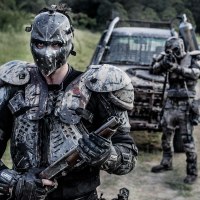 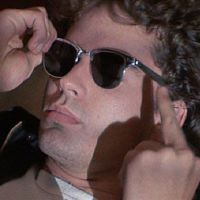 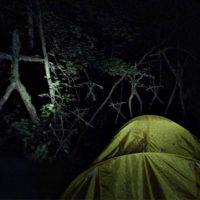 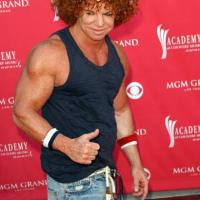 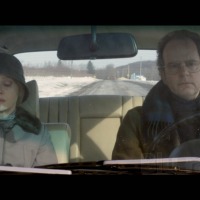 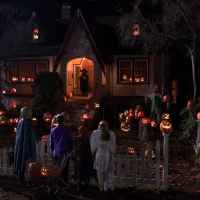