If by “Freddy delivers” they mean extra cheese then what an apt tagline. A Nightmare on Elm Street 5: The Dream Child is not the new Coheed & Cambria album title, but the fifth installment in the popular Freddy Krueger franchise. Although he is the one slinging trashy insults left and right, at this point in his career Freddy has been solidified as the brunt of the jokes.

The storylines have become so convoluted by ANoES 5 that I couldn’t even tell you how Krueger came back or how they got rid of him at the end of the last one. All of a sudden he is an ugly baby that crawls back into his clothes and somehow he’s good to go. If they fleshed out the story behind Freddy’s mother and possible abuse as a child this cash grab might have had more value than the pocket lining of its cigar smoking execs. Instead we only get benign flashbacks of a nun to fill runtime between deaths. 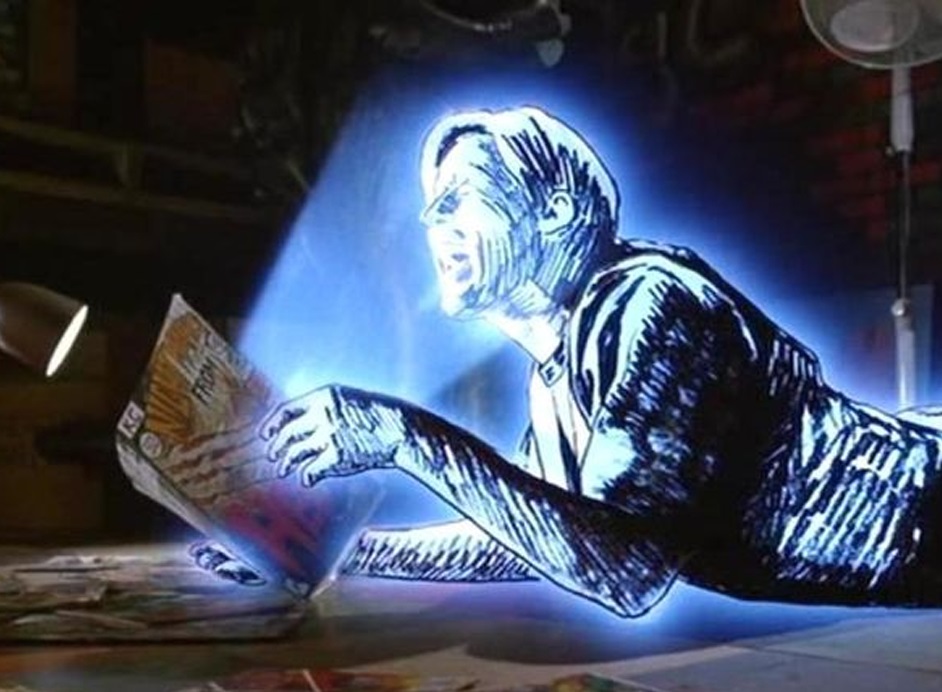 Even the kills have gotten less inspired for the most part. I know “Take On Me” just swept the nation but being sucked into your demise as an A-Ha music video extra is not terrifying. Who would have thought Freddy is into rotoscoping? I liked the motorcycle fusion, though they could have trimmed the truck redundancy. There are some unneeded Inception-level dream-within-a-dream sequences that left me queasy. This film is a final marker of the end of the slasher’s most prominent decade and the detailed practical effects are on display accordingly, being pretty much the only thing keeping ANoES 5 from completely sinking. Maybe they should have let Freddy die with some dignity instead of coming up with half-baked ways for Krueger to return, because haunting by proxy thru a fetus’s nightmares is a knife-gloved grasp at staying relevant.

2 unique vehicle bindings out of 5

No, this isn’t the a sequel to Jack’s architecture. The Houses October Built 2 is actually a follow-up to, you guessed it, The Houses October Built. Or as I like to call it, THOB. One letter away from a PR nightmare! It honestly wouldn’t have been difficult to come up with a less awkward title with the same meaning behind it. The Architects of October or Reapers of the Season sound better to me. THOB 2 is a step up from its predecessor, albeit a very small one. The places they travel to are more diverse. They even stop at the world famous Eastern State Penitentiary, host to “Terror Behind the Walls”, which is supposed to be one of the scariest Halloween attractions in the country. I have always wanted to go there. The finale is much more satisfying, a real injection of conflict to the plot instead of a pitch black ending just for the sake of bleakness. If you’re one of the mindless ghouls who thought the first film rocked then this second helping should knock off your block! Otherwise, unless you think THOB deserves a second chance, don’t bother. 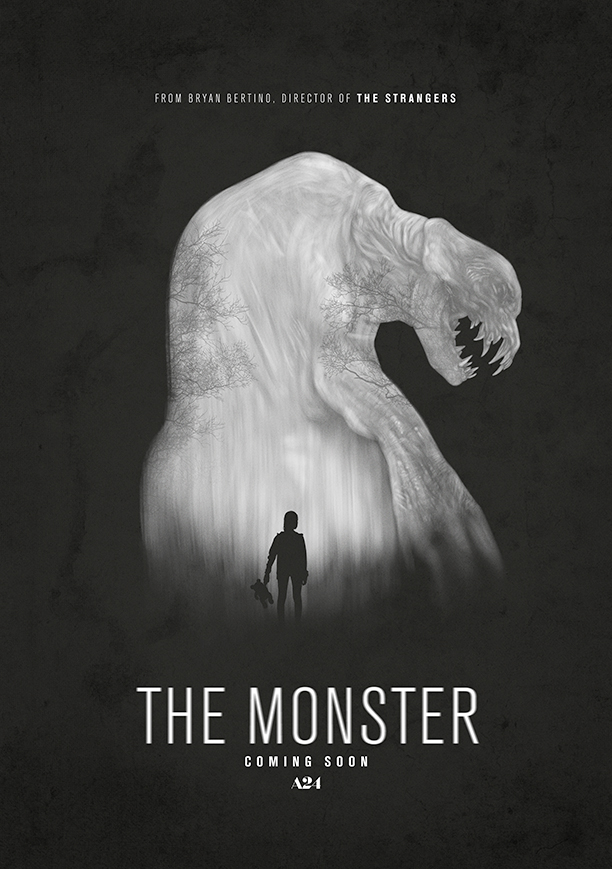 We go from overly boisterous, ill-fitted titles to the most basic bitch shit possible. I am finding the irony and coincidences with how these three MASSACRE MARATHONS are lining up to be oh so perfectly splendid. The Monster (not to be confused with The Manster) is about as simple as its nomenclature implies. A mother and daughter get stranded on a road when their car breaks down. A monster appears. They get attacked. The end. The Monster is a monotonous by-the-book feature, with dumb characters who have the skimpiest of backstories, leaving the viewer indifferent to whatever happens to them. The metaphor constantly beats you over the head and the monster itself, while frightening looking, is underutilized. It’s no surprise I didn’t like another Bryan Bertino movie, considering he directed other flounderers like The Strangers and Mockingbird, but this creation takes the cake. If you are curious of the hype surrounding A24’s expanding list of indie horror, but you’ve heard poor reactions to films like The Lighthouse or The Witch, whatever you do don’t watch The Monster. Those other films at least have some distinct style. Trust me, almost anything else macabre from the blossoming production company is more deserving of your time.

1 black, featureless nuisance out of 5